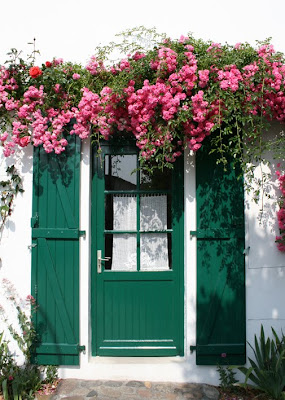 This is a place I photographed on Ill de Re in France. The whole island has strict heritage rules about shutters. 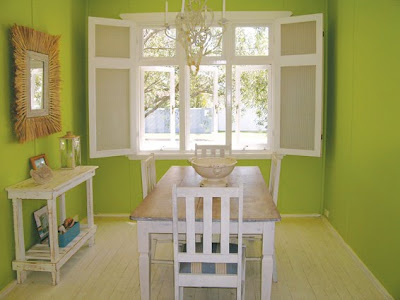 These are shutters in my beach houses at Currarong - above with ticking fabric inside and below in traditional "greek" style with white boarding. 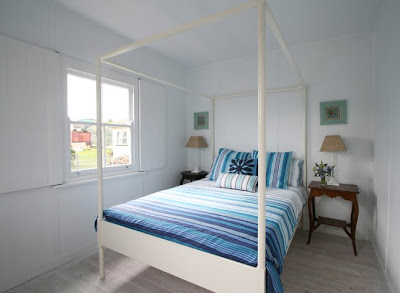 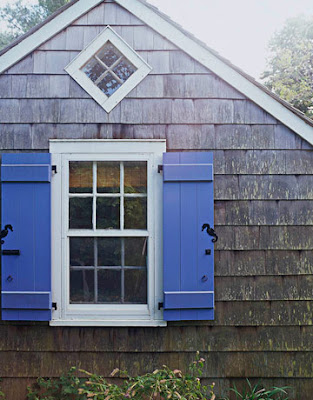 I have a thing for shutters. Our heritage-listed farmhouse here at Sky Meadow used to have shutters before the farmers added vinyl siding (I can hear your gasps...) sometime in the 80s. God love them, they thought they were "modernising".
One of the first things we did when we bought the house was strip off the vinyl siding, which had in effect protected the old cedar weatherboards, so it wasn't all that bad.
We have tried to find these old shutters, which graced all the french windows - floor to ceiling in height - but they don't appear to be anywhere unfortunately. We have searched high and low - under the house, in the shed, even tracked down the old farmer. According to him they could still be in one old shed a few paddocks away, which is now not on our land. It looks very rustic and could well be snake infested, so I am not sure exactly how keen I am to venture in there....
Now we are working on the church hall I think we need some shutters made for it as well. The problem is they are very fiddly to make which makes them quite pricey. However, they are worth it, don't you think?
Posted by catherine shields at 5:48 AM