House Rules - Do Your Research 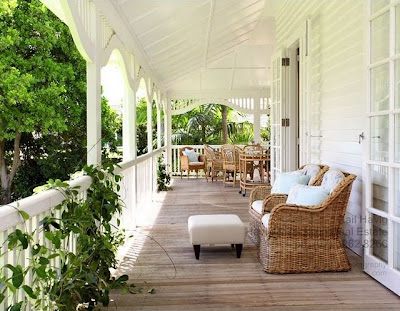 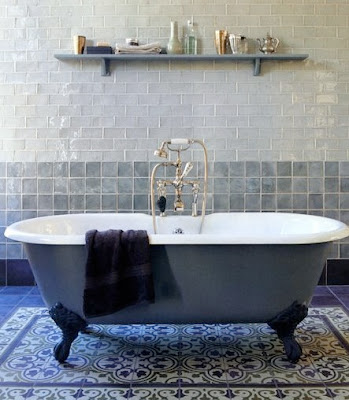 The contestants are frantically stripping out the termite-infested northern beaches home of Michelle and Steve and we are looking forward to seeing some "Beach House" style in the big reveal.

Some things that have been niggling about the previous Brisbane house. When I thought about what I would have done with that house there would have been some fundamental differences:
Firstly I would have made the decks much bigger and put a DA in to wrap the veranda around the side.

What were they thinking putting modern double glass doors from the front porch to the master bedroom? Talk about a fishbowl. The doors would have worked if they had used a more traditional french door which has only the top panel glazed.
The ensuite, though nicely done, looked like it belonged in a project home. The other team got the traditional details pretty spot on in the main bathroom.

There is so much stuff to look at style wise, both in magazines and on the web, I wonder why these contestants don't do some research.
The kitchen, as I've mentioned, was great but the pokey little deck out the back barely fit a table for two.

With the beach house I think there will be fewer "style" slip-ups but the brothers who were asked to do Morroccan tiles in the bathroom have got the wrong idea here. Once again, if they had just Googled "Morroccan tiles" they would have seen that what they have chosen is completely wrong.

Posted by catherine shields at 10:42 AM